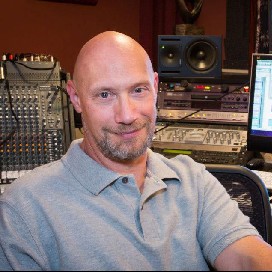 With over three decades of experience in the business of music Casey Filiaci stands as a widely respected and complete professional.  Upon earning a degree in composition from the prestigious Berklee School of Music in Boston he pursued a career as a jazz pianist and composer but quickly changed course after being exposed to the world of music production and recording.

Besides being a two-time Emmy nominee for "Best Sports Music" for his work with HBO and being signed to an Atlantic Records recording contract, Casey has, over the years, earned multiple awards for his work.  His name can be found in the credits of premier productions all across the media spectrum including theme music for the NBC, HBO, ABC, PBS, and Disney, as well as soundtracks for MLB’s Baseball Hall of Fame in Cooperstown, and much more.

Casey’s first musical theatre score, entitled "Plagued--A Love Story," written by Atlanta playwright Vynnie Meli was selected to be a part of the well-known New York Musical Theatre Festival (NYMF) this musical opened to audiences in NYC in the fall of 2009.  Casey's next musical "Sweet House", with co-writer Deborah Haber, opened in December 2010 at the Nazareth Arts Center in Rochester N.Y. This lively musical also toured into all 40 Rochester Schools reaching over 20,000 children in 2011.  With many Musical Director credits under his belt, a third original score followed. After a successful 2013 workshop performance at JCC Rochester, "Moses Man", also with writer Deborah Haber has been receiving much attention this year and responsible for two separate month long appointments to Indiana University Bloomington. Further development of Moses Man is scheduled in May 2015 in the form of a workshop/performance at Geva Theatre (May 2015) in Rochester, NY, and then, of course, the prestigious New York Musical Festival (NYMF) directly following in July 2015. best generic clonazepam