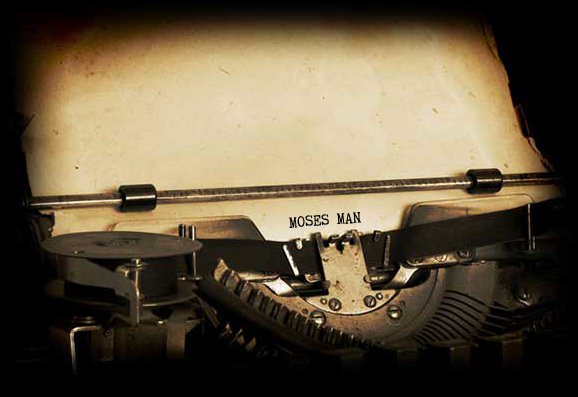 Book and Lyrics by Deborah Haber | Music by Casey Filiaci

Opa (grandfather) wanders into a Holocaust exhibition and notices an image of a young man on a 1941 identity card. We are drawn into Opa’s memory to meet Avi, Opa’s younger self, a leader of a young resistant group in 1938 Vienna, Austria - the eve of Hitler’s invasion.

There is a commotion in the street, Avi’s old Bible study teacher doubts Avi warnings of danger, believing “this will pass”. Avi’s comrades Efra and Zvi, join them and express how Avi’s chutzpah is similar to Moses. Later in the day while waiting for Avi, the group members learn of another disturbance involving old men including the Rabbi –they leave immediately to protect the men. Freddy, the youngest in the resistance group, has been arrested. Avi has been called in to the police station to identify Freddy. They are released with a warning, “this cannot happen again.” When Lia, Freddy’s worried sister, rushes to Freddy, sparks ignite between Avi and Lia. The group find the old men have been taken away. Avi warns everyone they have to get ready to leave. Avi & Lia and Efra and Sarah make plans to get married and leave for Palestine. Lia’s Mama and Freddy are alarmed at the dramatic changes in Vienna. Avi is arrested. He tells the Gestapo if they let him go, he’ll leave Austria and take other Jews with him. (In 1938, the Nazis wanted the Jews gone. The “final solution” would occur several years later.) Avi is released but must leave Austria within eight days. Avi & Lia are hastily married, Avi leaves alone to Lia’s aunt in Milan, Italy. Lie still must get her papers and take care of last minute details. Freddy illegally crosses borders into Belgium without proper documentation. In Milan, Avi acquires visas to Cyprus, and upon Lia’s arrival, they need to leave immediately. They are denied access to the British ship where space had been assured. After a passenger protest, the captain relents and allows them to board.

Upon arrival in Cyprus, Lia is denied entrance. As her passport is German not Austrian. Avi disembarks to for official intervention while the ship takes off for other ports before returning to Cyprus. Through a public outcry for the separated couple, officials allow Lia to disembark. In town, Avi and Lia meet up with Anita, Zvi, Sarah and Efra who have previously arrived. They tell Avi & Lia the four of them will be leaving that night on an illegal boat to Palestine. Britain declares war on Germany making Lia and Avi enemy aliens. Avi is taken to a prison camp. The Germans bomb Cyprus. Fearing for the Jews, the British evacuate the entire Jewish population of Cyprus to Palestine for “safekeeping” while they build detainment camps. Avi & Lia arrive in Palestine. Avi meet Zvi & Efra and hears Sarah didn’t survive the illegal night crossing from Cyprus. Efra is devastated exclaiming he has nothing to live for. Avi tells him he must survive. Due to restrictions, Avi & Lia are not allowed to stay in Palestine. They are transported to the British detainment camp in Africa. Mama receives a letter from Lia and learns she is to be a grandmother. Alone in a remote jungle hospital, Lia gives birth to their daughter. Avi disappointed on losing his home and dream of Palestine, is reassured from his “older self – Opa.” Mama receives a letter from her older daughter saying she’s in America. Mama is happy her daughters are ok, but she has heard nothing from Freddy. The audience then learns the fate of Freddy through his “last letter.” He had been sent to Auschwitz. The war is over. Avi and Lia receive visas to America and, find passage on a military transport ship. Avi, whose birth certificate is Polish, is denied boarding as the Polish quota is filled. A desperate telegram is sent to Washington. In the last moment, Avi is classified as a displaced person and allowed entrance. Opa concludes his story by telling the audience, “You are my journey to life. My destination. My possibility. In the end …it was IMPOSSIBLE to NOT survive.”